I am sitting in my warm, dry home with a sense of gratitude.  I have a lot to be grateful for - firstly that I live in the current era when my world has been relatively peaceful and easy.  I’m not sure how long I will have the ability to live a life with so many possibilities and choices.  I went to the COP2 Swansea event today to watch the film Age of the Stupid. Even though I had seen the film before I wanted to support Emergence with their Swansea based events around COP21.
I’m so glad I went. It felt like I really re-connected with people and the fragile world that supports us.  It was a beautiful start to hear Fern reading the poem Extinction by Jackie Kay, it set the tone to what I found a depressing but at the same time uplifting afternoon.
We began by sharing with each other someone who had been an inspiration to us.  Chris Seeley was a huge inspiration to me, I met her through an environmental training course, where she introduced me to Joanna Macy and the importance of honouring my emotions as well as my actions towards living on this planet, within the looming crisis of climate change.  Chris helped to create a space to discuss deep environmental issues and explore our emotions linked with these issues.  Through this work I came to discover more about myself, and found out what nourishes me. Chris helped me to find the confidence and skills to make significant changes to my life and become self-employed.  Chris passed away almost a year ago, I know she inspired many people and her beliefs and creativity will live on through them.
Phil Ralph then led an interesting discussion/talk – this brought up lots of thoughts for myself and others in the group.  It made me think about how I blame others for the state our environment.  I realised that I can only truly know what I feel and think, not what others feel & think and that I am the only person who can act differently.   Although we can influence others, they are in control of their own actions and thoughts and have to make their own choices.  I’m sure other people picked up completely different ideas and feelings from this talk/discussion, only they would be able to tell you about what it brought up for themselves!


Then for the film - The Age of Stupid.

I felt complete despair when I was watching the film, there are so many images that stuck in my mind and other people in the group later described images that stuck with themselves…
Eleanor  - the African lady having to wash oil off a tiny fish with soap powder which they would eat, when in complete contrast the American guy caught a large fish and threw it back.
Jane - the anti-wind farm campaigner gloating that they had successfully stopped the wind farm at the same time as saying how she’s worried about global warming.  Anna wanting to the throw a mug at the screen when she watched that bit.
Jo - the images of the effects of oil consumption has had on villages in Africa and the stories told of murder by the government to prevent problems with oil extraction.
Pete - the graph showing the CO2 emissions when the film was made in 2009 climbing to reach a maximum by 2015, after which they would have to decrease rapidly, for us not to go beyond the tipping point of 2oC rise in temperatures.
Several people felt haunted by the last image from space of the dead world surrounded by space junk. 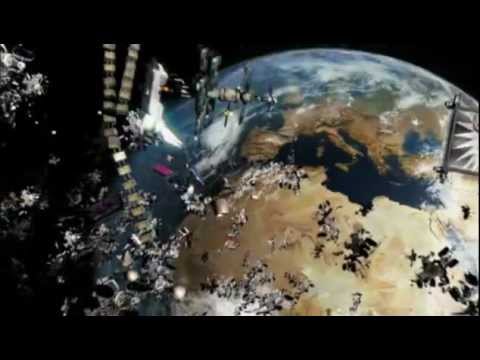 I found the real footage from past news reports all documenting the way things are going really upsetting.  What I found the hardest to take in was that we knew all this seven years ago and the positive actions they suggested in the film haven’t happened.  The opposite seems true - consumerism is still the strongest driving force affecting people & the decisions of politicians.
I was left feeling hopeless and helpless and a massive part of the problem.  I was pissed off! How can humans - the amazing, inventive, creative species that we are - have created this path of destruction which seems unstoppable?
I’m so glad I stayed after the film, as I felt confused and despondent wondering what the point was.  As others shared their feelings I realised I wasn’t alone - people were equally as confused, upset, and left with feels of guilt.   There was also a strong sense of belief in the power of people coming together to share in the emotions of it all and finding support and solutions together.  I liked Phil’s description of the fact that two quantum states can exist simultaneously and somehow we can balance the dichotomy of feeling hopeless and hopeful at the same time.
We discussed ways we can go forth and take control of our actions and honour our emotions around climate change.  I’m really looking forward to seeing the final list of pro-active projects and actions out there that Anna compiles, as there were way too many projects for me to take note of them all.
I now feel after writing this that I’ve off-loaded even more of the mixed-up emotions the event brought up.  I’ll finish by quoting a few bits from the day with the derivations of words from Phil.

I feel comforted (together strong) by the sense of community (one together) we shared today with people, who at the start were mostly strangers to me.  I am less apathetic (without emotion) I and know it’s ok to “feel the pain because I care” (thanks Dai).  I have a sense of gratitude to all involved with the event, Fern, Phil, The Environment Centre staff and all the other participants.  I feel reconnected with a deep compassion (co-suffering) for the people and planet I thrive on.


Beth Cox - I’m passionate about deepening connections with myself, our environment and the people I share those spaces with. I was Pembrokeshire’s Biodiversity Officer for 10 years, I am now a full time yoga therapist in Swansea, I have been teaching yoga to individuals and groups for over 5 years.  (wwwyogapractice.co.uk)