Coming out of the Closet by Fern Smith

As some of you may know I am currently on an incredible journey following the spirit of ‘emergence’. This began in 2010 when I decided for one year to follow where synchronicity took me and involved putting my faith in the universe and the unknown. I asked what was needed from me in terms of where I should put my energies in future. In the past I’d poured everything I had into making theatre and toured the world with productions I was proud of with Volcano. From 2010  I increasingly found myself having conversations with people about the state of the planet and what kind of future we wanted to live in – and what was the role of the arts in all this?  There was a lot of pessimism and fear accompanied by dystopian visions of the future out there – a lot of them created by artists themselves. But there were also many people working hard to create the kind of future they wanted to live in. They weren’t waiting for someone else to do it – they were creating communities, growing food, researching and using renewable energy, making spaces for sustainable living, celebratory forms of activism and socially engaged art. They were part of a movement of people co-creating a world based on people and the planet rather than profit. 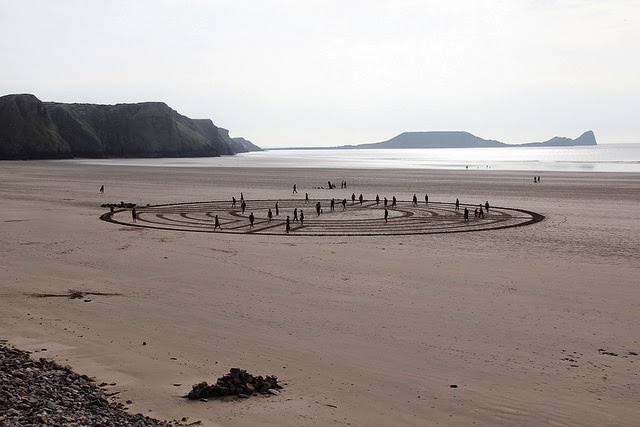 So to cut a long story short I lost my mind…well no not really…but it feels like that on a regular basis… I ended up stepping away from my old life and the theatre company I helped begin nearly 30 years ago. To do what? To put my time, energy (and money!) into setting up Emergence. So what is Emergence? There are a number of soundbitey ways in which I’ve tried to describe it in the past… ‘creative practice for a sustainable future’, ‘an arts and social change movement… ‘a practice for the art of living within ecological limits’. I’m still looking for the one that fits and am open to suggestions!

One of the people I heard speak a lot in that time was Satish Kumar – he is a peace activist, ecological activist and a social activist and a bit of a stand-up comic. He is someone who has put his trust in the unknown, ‘emergence’ and ‘living like an artist’ for nearly 8 decades now. He makes no distinction between his life and his art. It involves non-violent protest, living life as a great pilgrimage and making positive and practical change in the world. He has protested against nuclear arms, lived without money on his 8,000 mile peacewalk, edited a utopian magazine and created a school for young children and a college for adults based on a model of holistic education based on courage, compassion and connectedness. 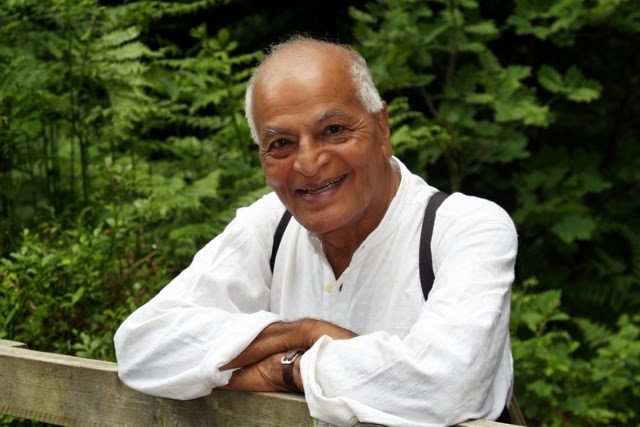 Satish is the unofficial patron saint, if you like, of Emergence. His actions, activism, trust in the unknown and the universe has inspired me especially when I’ve felt lost and like a complete beginner or imposter – most days. I wonder what I am doing running a project about co-creating the future when I feel ignorant about so many matters from climate science to sustainable economics.

But passion and optimism are two of the most infectious emotions in the world and Satish has them in spades. He is also incredibly funny and doesn’t take himself or the world too seriously – something I wish I could develop as I get myself into the having to save the world NOW mindset! Everyone who has heard Satish takes away with them a sense of personal empowerment. People change their life, set up projects and commit to real-life actions in the world after hearing him speak. He is an activist for people and the planet - living his life as an ongoing pilgrimage. This is a life-long teaching – it’s much easier to be a tourist on the planet than a pilgrim! This word sometimes scares people off – it’s not about buying into a religious order or spiritual movement. It’s about committing to something you believe in standing up for.

I don’t choose which projects Emergence does. They have a habit of choosing themselves and then I get informed after! Then comes the work of bringing people together to try to make it all happen (and raising the funds to do it). This is how it’s been since the start of Emergence and has meant we’ve done a fair amount of work these past four years; Emergence conferences, a Summit, three land journeys, the Emergence Document, Culture Shift and co-created films and performances (have a look on the website for everything we’ve done so far). It seems fitting that the next Emergence project involves making a documentary about Satish – not just one film, but a whole series of six hour-long films of Satish in dialogue with Jane Davidson former minister for the Environment & Sustainability in Wales. After listinging to him speak and being inspired for the umpteenth time last Summer I had the thought – someone should make a film about him and help bring his life-changing ideas to a wider audience. That someone of course ended up being me! Satish will be 80 when the film comes out, Resurgence, the Magazine he edits will be 50. I really believe we need messages of hope during this time of uncertainty (which is one of the biggest euphemisms I know for what is currently going on in the world). We need words that empower us to realise not just, that things need to change, but that we can make that change. Satish offers not just a message of hope but practical advice and words that make a difference in bringing about real change in the world. I want to make these films so as many people as possible can hear him speak and be inspired to stand behind what they truly believe in to co-create a fairer, more life-sustaining planet or to gain support to keep on keeping on doing the work that has to be done to do it.

Phil Ralph, my partner and I are working to raise the money to make these films together. We are launching Emergence’s first ever crowdfunding campaign in order to do it. Just as Emergence is a way of trusting in the universe to make things happen it seems that crowdfunding is a way of reaching out to the universe to get support for those projects. So we are on a steep learning curve and getting lots of help and advice from friends to get our campaign off the ground. The first thing we need to do is TELL people we are doing it – so I that is what I’m doing here…then the power of connections and the universe will hopefully take over…. Yes I’m very nervous about having to raise the money but also excited to be working with people to fundraise in a way to which I’m completely new. I’m asking everyone that knows me, knows Emergence or knows Satish Kumar to help us with this one. We need to spread the word. Our campaign goes live at the end of April and runs for just 5 weeks. We will be putting the news out on facebook and twitter in the coming weeks. Please like and share and help us make it happen….

Where my journey goes from here I don’t know. Writing this feels, in some way like ‘coming out of the closet’ – especially to all those that know me as ‘Fern from Volcano’. It’s a scary thing to do, trusting in Emergence but if feels more real than the alternative. Life and the universe are unfolding together. I’m trying to hang on and enjoy the ride!